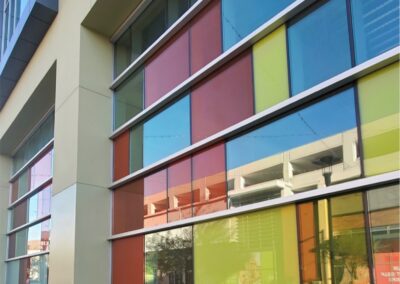 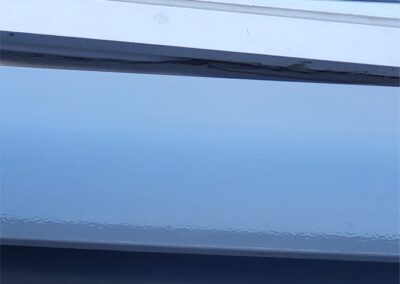 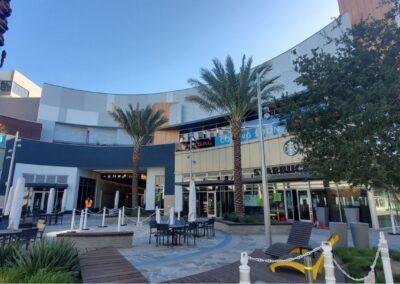 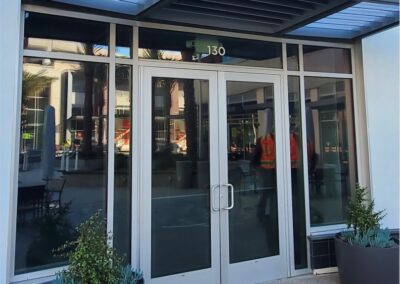 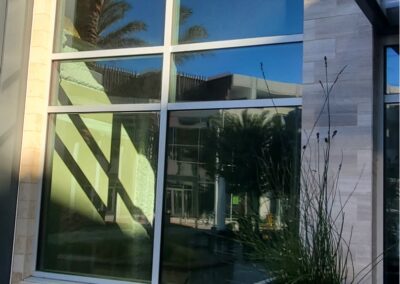 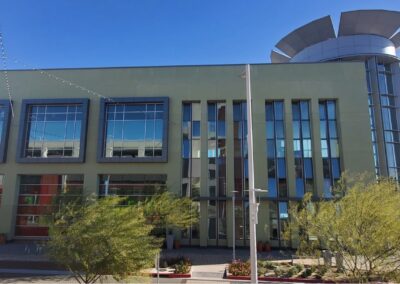 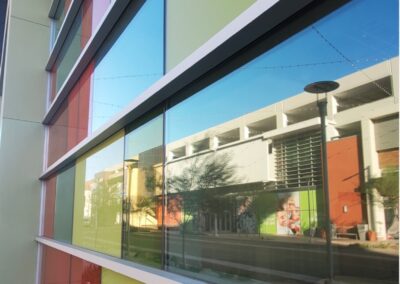 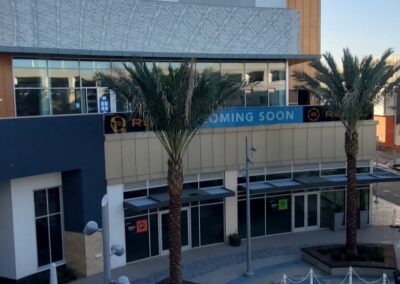 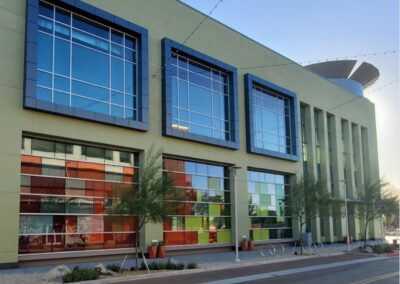 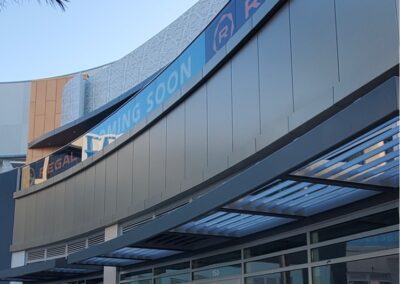 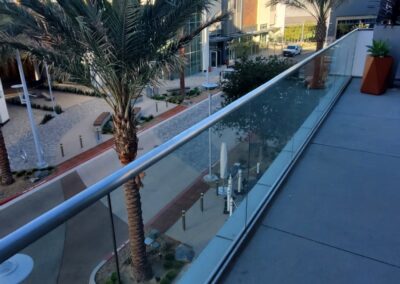 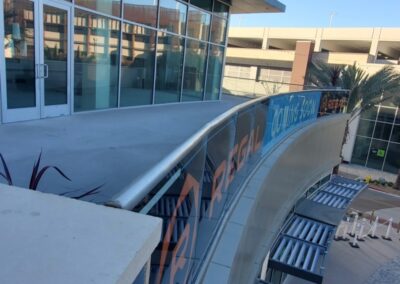 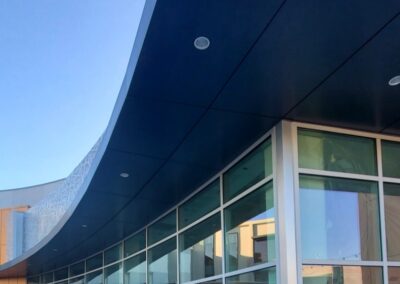 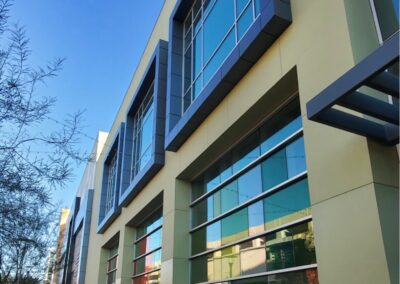 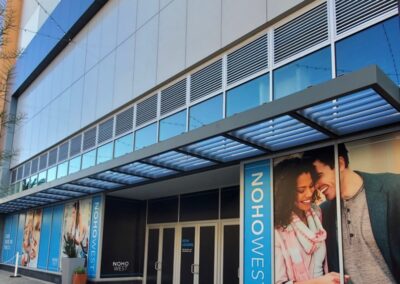 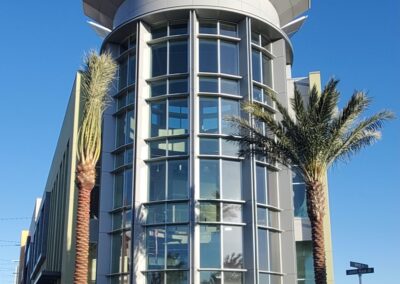 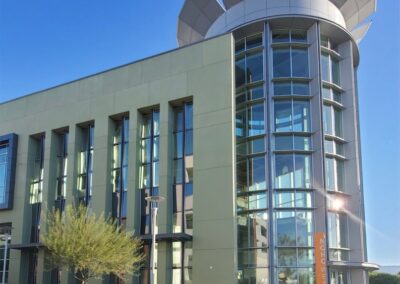 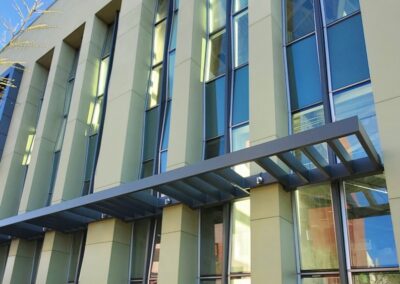 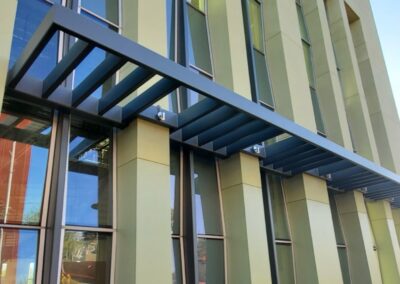 NOHO West is an expansive retail and entertainment center in the heart of North Hollywood. The 17.25-acre Commercial/Retail project previously housed the Laurel Plaza Mall before the 1994 Northridge earthquake.

The project involves the reuse of an existing four-story, 432,000 SF, 1950’s, concrete, Macy’s building that will be converted to offices by cutting window openings in the exterior solid concrete walls and cutting a skylight and atrium through the building. It will also include the demolition of a 90,000 SF, three-story office building, a 3,000 SF annex building, a 10,000 SF outbuilding, and approximately 14-acres of site improvements.

A total of approximately 316,000 SF of commercial space will be added to the site with a two-story theater-over-retail building of approximately 151,000 SF abutting the Macy’s building. The proposed mix of uses provides existing and new residents of North Hollywood the opportunity to live, work, dine, shop, and play all within a vibrant walkable neighborhood setting.

Prominent features of Elite’s scope on this project include a 60 foot tall curtain wall at the ellipse rotunda and a segmented second story guardrail.  Project also included three multi-colored, structurally glazed or SSG curtain walls as well as a vertical and sloped “zig-zag” curtain wall which was engineered by Elite to meet strict criteria designated by the City of North Hollywood.  Elite also had significant storefront framing capturing glass, doors and louvers. 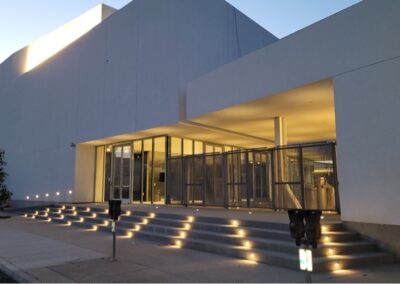 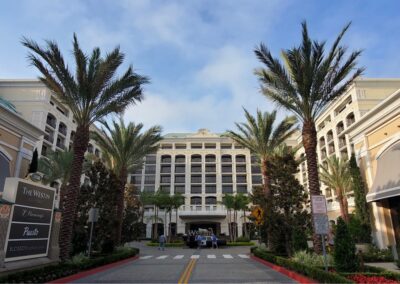 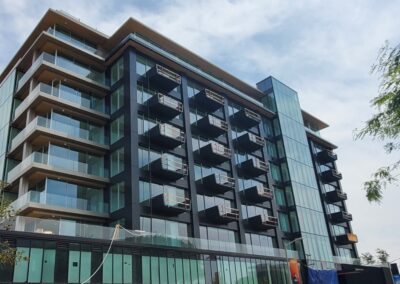 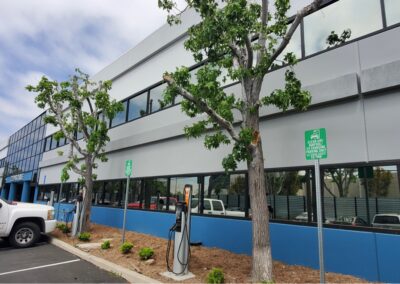 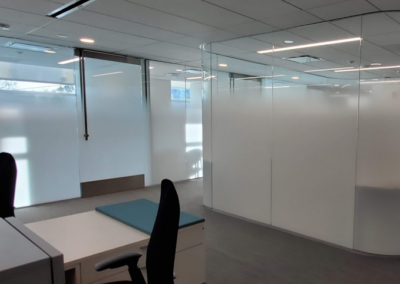 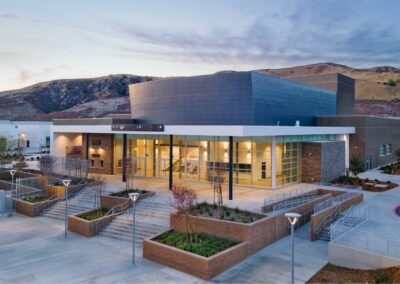 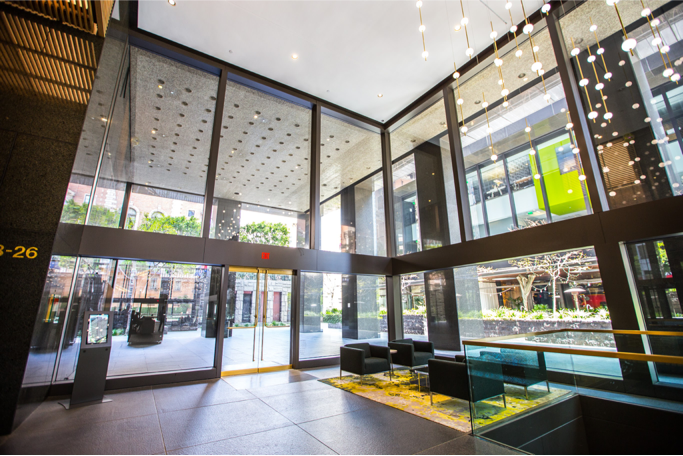